skip to main | skip to sidebar

Back to School Message from a "Retired Teacher"

I've been thinking of this post since I received a "Happy Retirement" card from my Google Girl, Morgan! It doesn't seem possible that this video was shot by the Google Search team in 2012. This video is still very timely, because it is timeless. This video shows the motivation and independence that Morgan shared with the world. I was the  teacher/coach standing nearby and in the background.

Morgan's card to me is something that all students would share with their teachers in their thoughts. Morgan went with the extra mile and put her thoughts into words with specific examples about how she uses some of the Google tools that she learned about in high school. This made me smile. The Google tools she learned about did in fact level the playing field for her. Not only did the tools help her throughout her high school classes, but the tools are doing the same for her at work and in her college classes.

My message to all of you starting out in the teaching profession or returning to yet another year of school. You have an important job to do. Not only are you making a difference in these 180 school days, but also, you are making a lasting impression on those students. It may take one school year to hear the thanks from your students or it may take years for you to hear thanks for the impression or the connection you made with your students. Regardless, keep making those connections and know that you are making a difference in many lives.  Thank you Morgan for also making a difference in my life. Happy Back to School!
Posted by Cheryloakes50 at 6:14 AM No comments:

I'll be presenting in York, ME at the Summer Institute. It's an awesome venue with amazing teachers from 3 different districts. You can catch many great presenters and a wide variety of classroom topics, technology offerings, and exceptional professional development. Summer PD on the Coast of Maine, not a bad way to spend the day!

I'll be presenting about Using Google Tools as Assistive Technology for All Learners and Using Read & Write by TextHelp in your classroom. 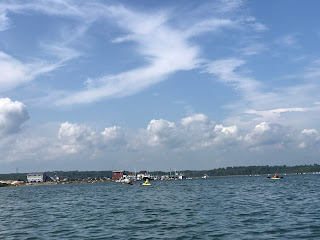 Posted by Cheryloakes50 at 8:18 AM No comments:

Sharing what is happening in Maine this August 2018

Although I've been retired since December 2017, I am still in the loop, so to speak! Today, I am presenting at EdTech207 at the University of Maine at Farmington. One session is about Curating Student Resources, the other is about Creating an Online Presence. I am excited to share how classroom teachers can dip their toes into the digital waters of sharing and collaboration and still keep their curriculum, their themes, their ideas all continuing in their classrooms.  By just adding one new tool, one new share, one Twitter, one Instagram the ripples will reach far away places. What are the benefits to their students? Doors will open wide and far and students' voices will be heard and make a difference in theirs and our digital world.  What are you adding to your classroom this summer? 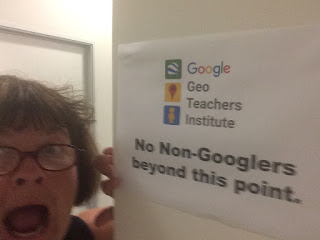 Posted by Cheryloakes50 at 7:11 AM No comments:

Be there or miss out! Yes, I know October is a ways off, yes I know many of you are finishing the last part of your school year, yes,  I also know,  you need to make plans way in advance. So, in order to block out some time for the best conference in Maine, put the dates on your calendar.
The conference  scored two great speakers for our conference. Dr. Joe Sanfelippo and Holly Clark. 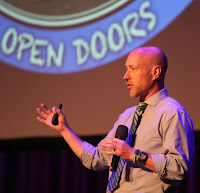 Dr. Joe Sanfelippo has a great book series Hacking Learning Series,  and this title Hacking Leadership 10 ways Great Leaders Inspire Learning That Teachers, Students, and Parents Love is the one I will preview to get your interest piqued for the conference. I can't wait to hear Joe speak and listen to his stories about his 10 ways great leaders inspire. His message is all about being purposeful, being present and engaged.
Joe's message is about hacking the system! "To Hack something is to change something."
Think of this underlying hack as something that is happening while driving the vehicle. Changing the system while driving a vehicle is a good analogy as to what is happening in our school cultures today. In order to be purposeful about the "hack", one must consider how you will be communicating with your school community. In order to be purposeful one must be transparent about reflecting the goals and progress of the school community. (Try Twitter, Instagram, Facebook with your own brand #hashtag!) Student's voice think Podcasts, live streaming school events which can then be available 24/7. The school community has embraced the flattening of the school walls to include the world. Why are we still locked into school day and school event hours? Archived podcasts and recorded events will flatten the time zones and time of day.
Joe concludes this book with a quote, "A fun classroom where children feel safe and excited about daily opportunities can easily become a hotbed for innovation, one in which kids get used to failing and trying again, because focus is on all that the kids can do instead of on what they can't do."

Holly Clark,  "Holly Clark is an Education Strategist from San Diego, California. She is a Google Certified Innovator, National Board Certified Teacher, and holds an MA in Technology in Education from Teachers College, Columbia University."
In 2017, Holly published her first book The Google Infused Classroom which is available on Amazon. This book is actually a guide for the how to's of making your classroom student-centered using digital tools that speak the language of your students, students who have grown up and lived technology as their first language 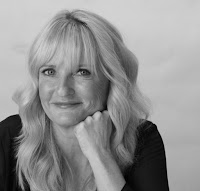 Holly is also available on YouTube with many great presentations including a TedTalk. I love TedTalk because the videos are short, purposeful and passionate. Holly has 3 thoughts for us: 1) Let students come up with the questions-then give them space to answer those questions 2) Re-focus how the educators capture the learning and growth, HINT-it is NOT with M/C questions 3) Expand the definition of literacy, it is not just read and write, but video, podcast, how to tell a story online and CODING.  Check out Holly's TedTalk and I know you will want to attend the ACTEM Conference in October 2018 in Augusta Maine so you can hear more about making purposeful and passionate changes in your classroom.

Posted by Cheryloakes50 at 6:38 AM No comments:

A lot can happen in a year!

My last post was about the fabulous learning adventure that Alice Barr and I had in Sao Paulo, Brazil,  thanks to Carla Arena and her awesome group of international learners. Check out the post from last April 2017.
A lot has happened:
~ A great connection was made in Sao Paulo and using  Microsoft's Skype Mystery Classroom and several classrooms in Maine and Roberto Bemfico Peters. Roberto made a promise to me when I was in Sao Paulo, "I'll be and stay in touch." He did and one year later we do check in on one another. He worked through time zones, internet issues, as well as audio issues in order to allow his students to speak to our Maine students. The smiles on the faces of students and teachers were illuminating! 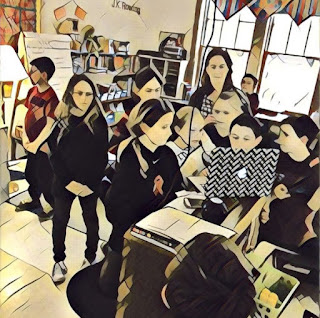 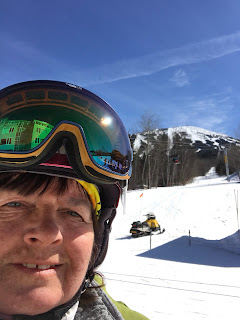 ~ Two hours after I retired I received an email from ACTEM- Association of Computer Technology Educators of Maine- to see if I was interested in a role as Conference Chair for the October 11 and 12, 2018 dates. I had worked on the conference committee for several years and I knew what I was getting into, so I said YES! So, my role as conference chair has brought me out of blog retirement! I'll be updating information and making connections about the upcoming conference. Put the dates on your calendar, you won't be disappointed!

Posted by Cheryloakes50 at 5:12 AM No comments: